A cricket fanatic's apologies to MSD 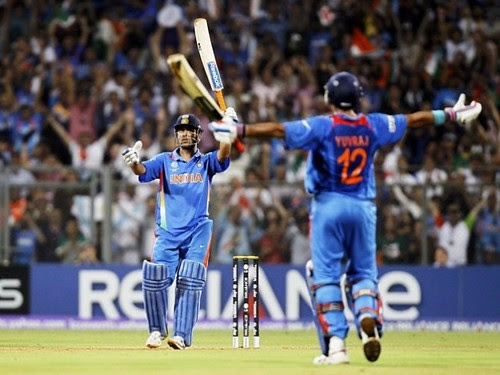 More than 2 months have passed but the feeling of World Cup win is yet to sink in. I know its a bit late but its about time i have to admit i was wrong about MS. Although his glove-work was fantastic over the course of 2 months in the WC but he was horrendous with the bat. I was his harshest critic until that one eventful day when billions went bonkers delirious in joy. Somehow he managed to get his old self back for the most important match of his career and what followed was cannot be described in words. Even though he was attacking, we was keeping the balls along the ground. That was the trademark of his innings. Tackling Murali and playing him inside out time and again takes some guts. I felt sorry for SL, they finished runner up in 07 WC,09T20 WC and now this. It was a fairytale end for Sachin's WC career. I almost cried when i saw the little great man running around with joy and then being carried on shoulder's of Kohli and Pathan. Enough rant now, Thanks MS and we wont mind you repeating this effort again in 2015
Posted by Angry Pixel at 8:53 AM